How Does a Pregnancy Impact Your Connecticut Advanced Directive? 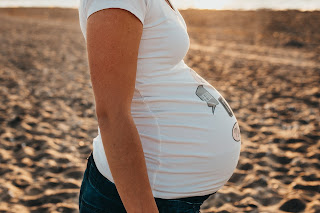 A few years ago, you went to a lawyer who prepared an estate plan for you.
You signed a couple of advanced directives known as a living will and an appointment of health care representative. Time passed and in 2018, you became pregnant.
Then you learned that in that year the Connecticut General Assembly amended the
statutes that govern advanced directives. Does this amendment impact your
advanced directives in light of your pregnancy? Here is what you need to know.

First, a little background. If you had a living will in place prior to October 1, 2018, then a
doctor was legally obligated to follow your instructions if you were in a terminal
condition or permanently unconscious. That meant that the doctor had to allow you to die and not keep you alive through life support systems. But what if you were pregnant?
Connecticut along with many states across the country did not apply this law if a
woman was pregnant. In other words, if you were pregnant and either in a terminal condition or permanently unconscious, the doctor would have to keep you alive.
So in that situation, a doctor could refuse to remove life support.

The problem this poses is that allowing a state to disregard a living will in the event of a
pregnancy could conflict with a woman’s constitutional rights under federal law. Why?
Because the U.S. Supreme Court decided that a woman has the right to decide whether
she wants to have children and the Court has also decided that everyone has the right
to direct their own medical care.

To address this situation, the Connecticut Legislature enacted Public Act 18-11, which
became effective on October 1, 2018. This public act amended two statutes. The first
is Connecticut General Statute Section 19a-575, which talks about the statutory form for
a living will. This statute contains language that says if a woman’s condition is deemed
to be terminal or if it is determined that she will be permanently unconscious, she must
be allowed to die and not be kept alive through life support systems. In addition, it now
says that if a woman is in that situation and she is pregnant, her living will can allow her
to accept life support if her doctor or advanced practice registered nurse (hereinafter
“APRN”) believes that doing so would allow her fetus to reach a live birth. In the
alternative, the statute also permits a woman in that situation to simply have her living
will apply, without any modifications. Thus, she would not be administered any life
support regardless of whether a doctor or APRN believes that providing that to her
would allow her fetus to reach a live birth.

The new public act also amended Connecticut General Statute Section 19a-575a, which
sets forth the combined statutory form for the appointment of a health care
representative and living will. The combined form allows a woman to appoint a health
care representative as well as set forth her wishes regarding treatment if she is in a
terminal condition or permanently unconscious. If a woman’s attending physician or
APRN determines that she is unable to understand and appreciate the nature and
consequences of health care decisions (which includes the decision to provide,
withhold or withdraw life support), her health care representative can advocate for
her decision under the living will.

The takeaway from this new legislation is that if you are a woman and there is a
possibility that you could become pregnant, you should state in your living will and or
the combined form, either one of the following: (a) whether you do not want life support
administered to you under any circumstances; or (b) whether you wish to receive life
support if a doctor or APRN determines that administering life support to you would
enable your fetus to reach a live birth. In Connecticut, this choice now belongs to all
women as of October 1, 2018. In addition, whatever you choose to do, it is imperative
that you select a health care representative who will advocate for you and enforce your
written wishes, if you are ever in this unique situation.

If you are a woman of child-bearing age and have thought about creating advanced
directives for yourself, you should be aware of the recent changes in the law and how
they might affect you. As well, if you have any questions about those changes, feel free
to contact the estate planning attorneys at Cipparone & Zaccaro. We can help to create a clear and understandable estate plan for you by taking the time to explain the changes in the law and crafting advanced directives that accurately reflect your wishes.