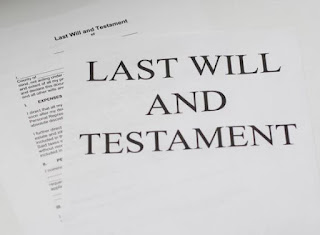 How to Inherit by Establishing Paternity


Lafayette executed a will in 1997 leaving his musical instruments and equipment to a friend. He left the rest of his estate to his brother, James.

In 2004, Jim established - in Connecticut Superior Court - that Lafayette was his father. Lafayette had no knowledge that Jim was his son until it was established in court. Once paternity was established, the Court ordered Lafayette to pay child support for Jim because Jim had not yet reached 18.

Does Lafayette’s failure to provide for Jim in his 1997 will exclude Jim from his father’s estate? That was the same issue presented to a Connecticut Probate Court in 2007 in the case of The Estate of Lynch.

In the decision, the Court noted that there is a long-recognized preference against intestacy in Connecticut. In other words, when someone executes a will, courts will attempt to honor the testator’s wishes and avoid revoking it or finding that it is invalid. The Court also analyzed Connecticut General Statutes §§ 45a-257a and 45a-257b, which were amended a year before Lafayette executed his will. Generally speaking, those statutes allowed certain classes of spouses and children to elect to receive a share of an estate, in situations where they have not otherwise been provided for in a will. Further, the Connecticut Legislature made this change in order to allow children and spouses to inherit without requiring complete revocation of a will and thereby allow for the remaining unaffected provisions of the will to be admitted to probate.

Under C.G.S. § 45a-257b, a child born or adopted after the execution of a testator’s will receives a share of the estate. In addition, C.G.S. § 45a-438(b) states that a father, adjudicated to be the father of a child, is considered to be the child’s parent for purposes of intestate succession. In this case, the Court reasoned that a child for whom paternity is established under § 45a-438 – a so-called “after-discovered” child – is virtually indistinguishable from an after-born or after-adopted child permitted to benefit from the application of § 45a-257b. Further, the Court stated that permitting a child for whom paternity is established after the execution of a will to share in an estate is consistent with the Connecticut Legislature’s intent and in keeping with notions of equity and fairness. The Court also stated that children for whom paternity is established after the date of a will’s execution are within the class of children to whom this statute applies. Thus, a child is entitled to an intestate share of an estate, so long as the date upon which paternity is established is subsequent to the date on which the testator executed his will and so long as the testator did not know of his paternity prior to his signing of the will.

In this case, there was no evidence that Lafayette intended to omit his son from his will. Lafayette had not provided for Jim outside of the will, such as with a death benefit under a life insurance policy for example. Based on these facts, the Probate Court found that Jim was entitled to share in his father’s estate under the laws of intestacy and that subject to this finding, the Court also admitted Lafayette’s will for probate. The Court also found that since Lafayette had no other children, never married and did not provide for Jim’s mother in his will, Jim was found to be the sole heir of Lafayette’s estate.

This case presents a very unique set of facts. Up until it was decided in 2007, this was a case of first impression. If you are a child whose paternity was established by the Court or you are a loved one whose husband or father acknowledges that he is the parent of another person whatever his or her age, contact the probate attorneys at Cipparone & Zaccaro. We help guide people through a myriad of estate-related issues and provide people with advice on how to deal with situations like the one presented in this blog.