Can a Conservator Sue for a Divorce on Behalf of a Conserved Person?


Approximately one week later, the father’s wife and the mother of the two sisters, sued the father for a dissolution of marriage (hereinafter a “divorce”). In the complaint, the wife, Gloria, alleged that her husband was incompetent. She named Jeannine and Jennifer as defendants, as conservators for her husband. Approximately one month later, the sisters on behalf of their father filed a cross complaint seeking a divorce. Some months later, Gloria filed a motion to dismiss the cross complaint, claiming that Jeannine and Jennifer could not bring a divorce action against her on behalf of their father. In their objection, the sisters claimed that a conservator does have the right to bring a divorce action on behalf of a conserved person because they were acting in his best interests. The trial court agreed with the wife and granted her motion to dismiss. Jeannine and Jennifer appealed this decision to the Connecticut Appellate Court. The issue for the Court was whether conservators of an involuntarily conserved person can seek a divorce on behalf of the conserved person.


This issue was decided by the Connecticut Appellate Court in 2011 in the case of Luster vs. Luster, 128 Conn.App. 259. The Court began its analysis by comparing a conserved person to a minor. In its analysis, the Court stated that a conserved person is similar to a minor in that they are able to pursue civil litigation only through a properly appointed representative like a conservator. The Court reasoned that children can have limitations and restrictions imposed upon them, due to their lack of judgment. Further, children – like incompetent people – do not have the legal ability to bring lawsuits in their own names but can only do so through a legal representative. In addition, the law does not deprive an incompetent person from access to the courts. Rather, the law provides that they have representatives appointed for them to ensure that their interests are protected. Finally, the Court stated that the purpose of providing for a legal representative is to make sure that the legal disability of an incompetent person will not prohibit them from being protected under the law.


The Appellate Court also looked to Connecticut General Statutes § 45a-650(k), which stated that a conserved person shall retain all rights and authority not expressly assigned to the conservator. A conserved person cannot bring a civil action in his or her name alone but must do so only by a properly appointed representative who has a duty to protect the rights of the conserved person. The Court also looked to other Connecticut cases which provided authority for conservators to bring suit on behalf of conserved people, in order to protect their interests. Ultimately, the Court determined that nothing would prohibit the sisters in this case from bringing a divorce cross complaint against their mother, on behalf of their father.


The Connecticut Appellate Court went further, however. It concluded that the sisters had a duty and responsibility to act to protect their father’s person and estate. There were allegations in that case that contained information about the possible impact of the wife’s financial actions on the husband’s circumstances and on his possible access to medical care and housing. In addition, there were allegations that included information about the harm he could have suffered if his daughters were not able to pursue a divorce on his behalf. Because they had a duty to protect their father’s interests, the Court held that Jeannine and Jennifer had the legal authority to do so.


Situations similar to the one described in this case happen more often than you think. As the Court stated in Luster, there are other cases that have dealt with the issue of the conservator’s authority to act on behalf of a conserved person. If you are a conservator you may have the legal authority – in fact, the duty – to protect a conserved person even where it may not be apparent that you have the authority to do so. If you have any questions about your responsibilities as a conservator, feel free to contact the probate attorneys at Cipparone & Zaccaro. We would be happy to advise you with respect to your duties. 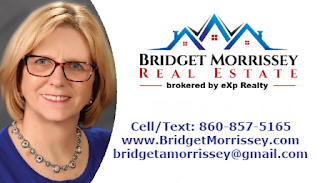